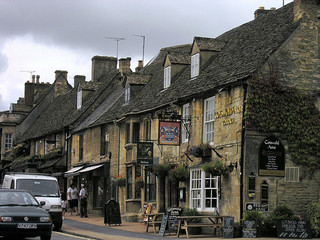 What makes your neighborhood, a neighborhood?  Some might say simple geography.  Others would point to the demographics of the residents, or the particular kinds of homes and businesses you can find there.  These factors are all important.

But remember, a neighborhood isn’t just a collection of people and buildings.  If you and your neighbors didn’t speak to each other or leave your homes, that wouldn’t be much of a neighborhood, would it?  No, at its most fundamental, a neighborhood is a sphere of interaction.  It reflects the sum total of what we do, where we do it, and whom we do it with.  It is as alive as the people within it, and changing constantly.

“Fine,” you say, “but I don’t come to this blog for urban theory.  Pray tell, what does this have to do with the future?”  Well, oddly anachronistic hypothetical reader, I’ve previously noted that our world population is growing, and urbanizing, rapidly.  So in the future, urban planning and city management will become ever more crucial in providing everyone a good standard of living. Naturally, to make your city work, you must understand it.  And to understand it, you must know its neighborhoods.

Here’s the problem, though.  If neighborhoods are these nebulous, dynamic things that are always changing, how can we learn about them?  For that matter, how do we even know what counts as a neighborhood?  Sure, we could look at a map like the one above, but that was printed years ago.  Besides, the divisions are purely geographic, and mostly arbitrary.  They reflect almost nothing about how people are actually using the city.

Well, thanks to the smart folks at Carnegie Mellon’s Computer Science school, we have the beginning of a solution.

Allow me to introduce you to a project called LiveHoods.  Here’s what it does: it scoops up all the publicly available data from social media service FourSquare.  These are all “check-ins”, which are geo-tagged notes from smartphone users, declaring where they’re shopping, eating, or staying at the moment. Livehoods then feeds this data (over 18 million data points) into a computer model that looks for patterns in behavior, and groups these check-ins geographically.  The result is a dynamic map of “livehoods.”

As an example, here’s a screenshot from the New York City portion of the project.

This is just a picture, but if you click it, you’ll get to the scalable, interactive version on their website (they also have San Francisco and Pittsburgh… I’m currently lobbying for Boston to be included).

This combination of machine learning, software modeling and data mining is divine.  It provides a picture, in near-real time, of the way people are interacting with each other and the places around them.  One day, this could give us all the information we need to plan bus routes, road systems and train schedules. It could suggest the best places for a new park, community center or commercial zone.  It could help us manage smart energy grids, water supplies, and trash pickup.  And so on.

Livehoods is not perfect.  For one, its maps supply only crude demographic information.  A more serious drawback is the fact that its universe of data is limited to those who own mobile devices and use FourSquare.  Even in New York City, that surely misses large segments of the population.

But this is only the beginning.  Twitter, FourSquare and other social media are growing more popular and more accessible, and as they do, the approximation improves.  They’ll eventually be replaced by something that works even better.  And one day, the character of your neighborhood will be determined as much by your tweets and posts as its shops and restaurants.

If you think this is neat, tell your friends using the buttons below. If you like thinking about the future, subscribe at the top of the page and stay up to date!