We’re producing information faster today than ever before.  Some studies suggest the amount of data in the world doubles every two years!  Certainly between Twitter and Facebook, newsfeeds and friend streams, there’s far more information being thrown at me than I can process.  How do we make sense of all this?  And what’s the effect on society?  Various answers have been suggested recently, and today we’ll look at two essays that I find especially intriguing.

The first is by Nicholas Carr.  Perhaps you’ve seen it – it’s called “Is Google Making Us Stupid?”  (Carr’s answer to his own title is a qualified “yes.”) The other piece is a response by Chad Wellmon, who thinks Carr is asking the wrong question entirely.

Let’s start with the alleged problem.  Carr’s thesis, backed up by various anecdotes, is that the internet has harmed our ability to read anything deeply:

“My mind now expects to take in information the way the Net distributes it: in a swiftly moving stream of particles.”

The web (including news, social networks, etc) tends to present easily digestible, quick reads, each of which links to many other places.  Therefore, goes the theory, we’re more easily distracted, and our knowledge is shallower.

He quotes various studies that show people reading on the internet tend to skim more, to consume faster, and to bounce around a lot, compared with other forms of reading.  Carr himself can no longer get into a long novel and finds deep reading “a struggle.”

I completely agree that deep thought is critically important.  Just about all of the truly important issues we face, as individuals or as a civilization, are complex enough to defy glib assessments and punish shallow decisions.  So if Carr is right that the internet is ruining our capacity for deep thought, that’s potentially disastrous for humanity.  Call it suicide by superficiality.

Carr also discusses Google.  Google, of course, is the web’s index, the vital tool that picks a needle out of the massive haystack of information.  But it runs on a precise algorithm, and one of Carr’s central fears is that relying on technology in this way will eliminate the “ambiguous moments” that engender curiosity and lead to serendipitous new thoughts.  So for him, Google is making us a very special kind of stupid: it’s sucking all the humanity out of learning and exploring.

Again, if he’s right about this trend, there’s no question that it’s a great loss.  But what’s the counterargument?  Let’s turn to Wellmon.

Information Overload Has Happened Before

Much of Wellmon’s longish piece is devoted to the history of information overload.  That’s right, the history: the phenomenon is not new at all.  Before the printing press, books were incredibly rare and expensive, read and written only by the privileged and well-educated.  Afterwards, the accessibility of books (both writing and reading them) fairly exploded.  Scholars of the era, from Thomasius to Kant, worried that allowing so many people to write books was going to dilute the quality of knowledge in the world.

To deal with this new flood of information, Wellmon explains, people developed new tools: bibliographies, indexes, summaries, reviews.  These tools, too, caused consternation among the circles of the learned.  There was widespread fear that people would simply skim everything and yet believe themselves educated. (Click through to Wellmon’s essay where he gathers a number of choice quotes).

Is this sounding familiar?  These are the same things we’re worried about today, as we ride out another explosion of information.  But if you were to suggest to someone today that “there are too many books in the world” or that readers were in danger of becoming shallow dilettantes, you’d sound absurd. 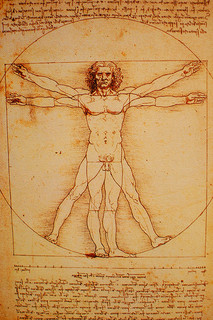 Part of Wellmon’s point is that such fears tend to be normative: they’re based on our preconceived notions of what constitutes true knowledge, and which methods of accessing that knowledge are valid.

More importantly, he notes that there remains a distinctly human foundation to the information explosions of both yesterday and today.  All those enlightenment-era bibliographies were created by people, in service to readers; they represent the influence of human desires on technology, not the other way around.

Likewise, Google (and the internet generally) are not outside forces determining our intelligence or stupidity.  They’re pieces of a complex ecosystem that includes both technology and people.  The essential structure of the web is pages and links, both of which are created by people.  Even Google’s supposedly cold, calculating algorithm is based on something human: it prioritizes search results that other people have found most useful.  For Wellmon, knowledge emerges…

“…out of the irreducible interactions of humans and technology… [it] is hard won; it is crafted, created, and organized by humans and their technologies.”

I don’t know, but I certainly find the latter argument persuasive.  The mere existence of a new mode of thinking, or a new tool, does not by itself control our destiny.  The question is not “is Google Making Us Stupid?” but rather, “How Do We Best Use These Tools?” or “What Are Our Goals?”

I’m not saying the internet can’t make you stupider.  Quite the contrary, in fact: allowing so many people to participate will inevitably create pitfalls of misinformation, shallow analysis, and worse.  What it does mean is that the burden is on us to navigate this new world of knowledge; to find the signal amidst the noise; and to decide for ourselves what’s important.

In other words, if we are getting stupid, it’s not Google’s fault.  We make our own meaning out of what’s available – just as we do with life.