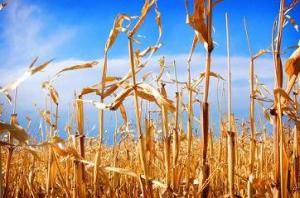 The best way to solve the world’s hunger problem is a hotly debated topic.  In the next few paragraphs, I’ll take a look at one fairly conventional idea, and explore another proposal that’s a bit more out of the box.  But in the end, I’d like to poke at some of the assumptions underlying both of these ideas.  Because in fact, I think a true long-term solution to the world’s food crisis needs a radically different approach… one that has nothing to do with food.  We’ll get to that in a moment.  First, let’s take a quick look at:

A billion people are hungry today.  That’s one out of every six people on the planet!  And the number is expected to double by 2050.

Increase agricultural production.  After all, goes the argument, if we can make more food, we can feed more people.  This is true on its face but is extremely taxing in practice.  For one thing, useful agricultural land is at a premium.  To add more, we’d have to take over even more habitat than we already have, further straining an overtaxed world.  We can make the existing land more productive, but that usually involves expensive technology or polluting chemicals.

Reduce waste.  According to this recent study, between 30%-50% of the food we already produce is simply wasted.  In the developing world, which is where the food crisis is most acute, this waste is mostly at the source: inefficient farming techniques, poor transportation and so on.  Each of these has its own solution.  Better planning, for example, or transferring engineering knowledge to the third world.  If we could eliminate even half the wasted food, it would go a long way toward feeding more people, and with relatively little impact on the environment.

The world population is still expanding.  Where will it stop?  No one knows for sure.  But here’s one way to think about it.  Whether we’re talking about humans, badgers or fish, what is the single biggest limiting factor in the size of a natural population?  If you said its food supply, you’re right.  As Daniel Quinn noted many years ago, increasing food supply to feed a larger population generally results in… an even larger population.  This has been observed with many animals, and all else being equal, it ought to be true of humans too.  You can see that this leads to an endless cycle of hunger, and that is why I think agricultural solutions are noble but short-sighted.

I don’t pretend to be a population expert.  But I do understand that there is a specific, finite number of humans that the earth can support.  Which leaves us with two choices.  One is that we can crash headlong into that limit, and let Nature take its course, as it does with other animals.  The upside is that our population will eventually stabilize in this way, even if we do nothing.  The downside is that if we allow Nature to do it for us, she’ll choose tools like stress, disease and hunger to keep our herd in check.  Or perhaps we’ll go to war over limited resources and increase the mortality rate that way.

No, it’s far better to take our fate into our own hands: to stabilize our own numbers.  Unlike natural animal populations, we have the advantage of self-awareness, and we can deliberately avoid the misery of an overcrowded planet.  Promoting contraceptive use might help, for example, though it remains controversial.  Or we could help developing nations progress, since high birth rates tend to coincide with the need for manual farm labor (assuming these countries would even want that).  Meanwhile, we could give ourselves a little breathing room by increasing Earth’s overall carrying capacity through certain technologies (like the agricultural engineering mentioned above).  Finally, we could improve the overall efficiency of our daily lives, allowing more people to live comfortably with fewer resources.  This would come about in many ways, including through urbanization, smart planning, sensible diet, and renewable energy.

What do you think?

I hope I don’t sound preachy, I’m just reporting the facts as I understand them.  Do you agree with this framework?  How do you think things will turn out?

2 thoughts on “The Answer to World Hunger (Hint: It’s Not Food)”